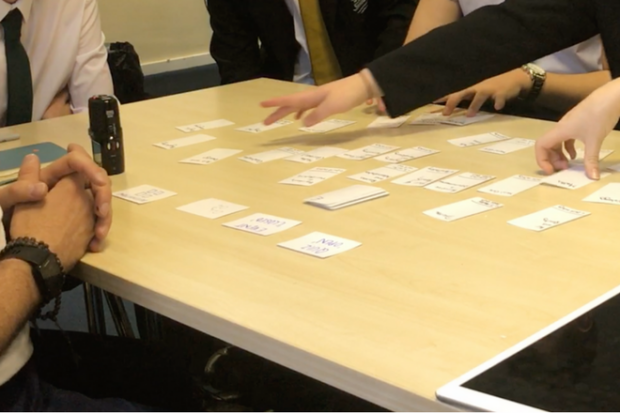 A discovery looking at post-16 choices was one of the the projects recommended by Department for Education’s service mapping earlier this year.

In future, students at 16 will need to choose between A levels, apprenticeships or T levels (a new technical study programme that will be available from September 2020).

These choices are complex and everyone has an experience - they remember their own choice or their kids (or grandkids) are making a choice soon. This is why user research is so important - it’s far too easy to put ourselves in the shoes of our users.

To simplify the complexity, we created a card game which became the basis for user research with students aged 14-18 years old. We learned that as well as being a great way to engage young people, the game also encouraged and facilitated group discussions between the students themselves.

During planning, we discussed our research questions and ways we could run our user research sessions. We knew we were going to run group sessions with 14-18 years old. We knew it would be in schools and research labs. But we needed a way to control a complex set of variables.

After a brainstorm, it became clear that a game mechanic would give us all the tools we needed. Games are competitive, interactive and physical - just like real life.

We created a card game. It was easy to make, cheap (all we needed were blank playing cards and a Sharpie) and we could iterate the game’s design across the research sessions.

The first day of research was a test. We had over 30 students between 12-16 years old. Treating this session as a test meant we could iterate the game - or dump it if it didn’t work. Luckily, it worked (and besides, plan B wasn’t as much fun).

To start the game, we laid out the cards on the table, face up. This included: 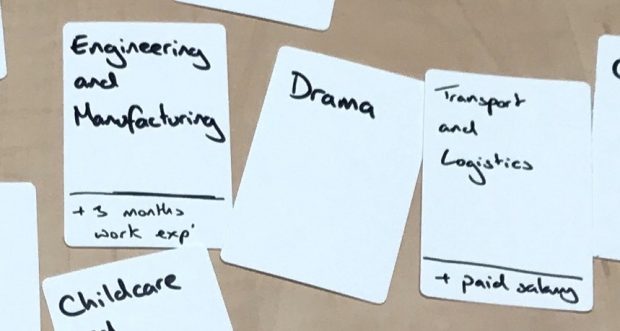 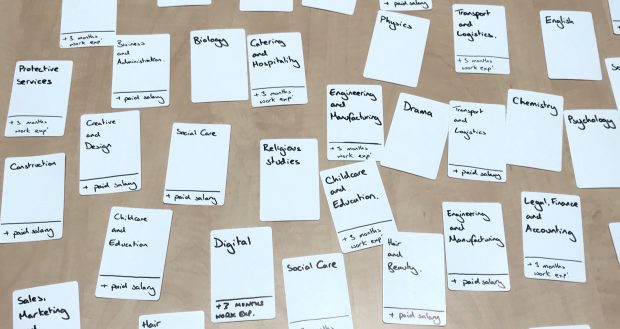 Importantly, no card was labelled with its qualification title - this turned out to be very useful for exploring choices.

The rules were easy:

We ran the game with over 100 students in schools and research labs in London, Surrey, Middlesex and Manchester. Each session was run with 2-5 participants aged 14-18 years old. The game proved itself useful as a research tool to inform the team about some observable behavioural biases that would contribute to our recommendations. It offered a useful method to begin to quantify and compare choices. Several key things stood out:

Our Choices card game proved a great research tool. As we move out of discovery phase into our alphas, we want to scale it up. If we think of the discovery game as a physical prototype, a next step could be to design an online version. Prototyping an online tool could enable the alpha teams to target larger cohorts of users across England in more diverse settings.

The real test will be to capture the richness of the responses we found during the interactive sessions.  Now that will be a fun challenge.

If you want to get involved in the Post 16 Choices project or find out more about what we’re doing, we’d love to hear from you: fergus.roche@education.gov.uk